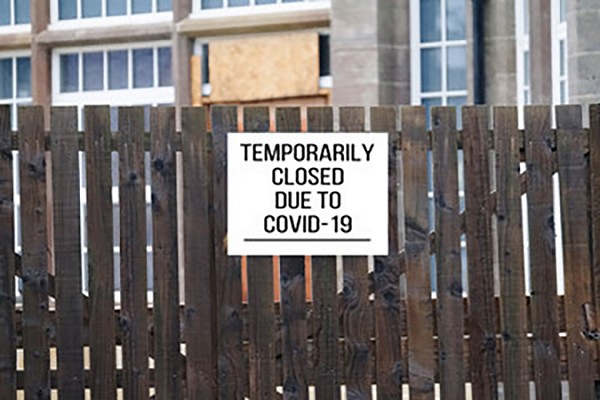 In times gone past, before Coronavirus slammed the door shut on the busy lifestyles of most students and told them they weren’t allowed to attend school, the words “I wish I didn’t have to come to school” were said frequently in a coaching session. No pupil attending school ever imagined what it would be like if their wish came true, just like the rest of the British population could ever imagine what it would be like for life outside the home to come to an almost complete standstill, almost within a week of mere rumours.

All pupils who fantasised about how they would do all the fun stuff they ever wanted, gorging on screen time, taking endless duvet days, and even (eventually) spending days out in the sunshine all week long, actually got to do it. As a school coach who started doing online coaching sessions with pupils, it was interesting to find out how they had actually got on with the reality of an enforced stay at home phase.

What came across was that unlimited time to sleep and to be at home was not as easy as it had been imagined to be. Days had become endless limbo moments, where everything had become boring and the thought of having to do a small amount of schoolwork every day was just way too taxing, because the absence of the hurly burly of interpersonal challenge that comes with being in the wider social setting of school was really quite exhausting. Yes, there was a sense of relief in some that they were not exposed to the bullying aspects of school, or the strict deadlines, but even then, there was a sense that something important was missing. Not that any pupil said they felt school was the missing thing, but it was something they couldn’t put their finger on, and it was there. This was one entry point for asking what life would be like if they could put their finger on it. Once the young person could begin to imagine a better life at this point in time, bored and without school, they could be encouraged to create a goal and explore how to get there in small steps.

It was the small steps, the sense of moving again, the challenge of a personal goal that helped to give the young person a feeling of autonomy and motivation. Being in the family environment without having one’s own independent challenges goes against the natural developmental flow of adolescent growth. The beauty of coaching is that it stirs a person into self-determined action and hope follows. It is action-oriented, getting the person to envisage a preferred state in which they are doing or being better than where they currently find themselves. Once they can imagine what they want to do or become, they set a goal and are encouraged to discover their own solutions on how to get there. Obstacles are treated as learning opportunities for self-discovery and a new sense of resourcefulness and self-awareness begins to take place as the coachee moves forward towards what they want.

After a few sessions there has been a growing sense of having something personally meaningful that the young person has found ways forward to. The combination of having a purpose, and accomplishment as they take steps in getting there, has made them feel better. One coachee said she was surprised about how much she changed in her approach towards her schoolwork in 4 weeks and how she hadn’t realised how many great ideas she actually had “inside her head” to help herself with. Coaching is about discovery and ways forward, rather than being focused on a problem. It promotes hope and a sense of self-efficacy (the person feels confident they can find ways to achieve a given task).

The Covid 19 phase has been a hugely problematic time for the world on a collective level, but it is possible to support our young people in developing resilience, to have well-being and even to make something meaningful out of it. Martin Seligman (2011) the positive psychologist who researched people who not only survived traumatic events but also went on to flourish, found that one of the keys to this outcome came from finding meaning and accomplishment along the way. Elevate has developed the CANDNA-v programme during this period to support Secondary school pupils with finding meaning through an exploration of values, combined with self-awareness skills. The programme brings some fun but useful tips on how to understand our brain’s fight-flight responses and how to manage these whilst living in service of personal values. We hope that we can support our youth and their schools with such programmes and all that is currently being offered by Elevate to raise expectations and hope in the uncertainty of the months ahead.

Seligman, M. (2011). Flourish: A New Understanding of Happiness and Wellbeing: The practical guide to using positive psychology to make you happier and healthier. Nicholas Bealey Publishing.

(The CANDNA-v Programme is awaiting publication.)