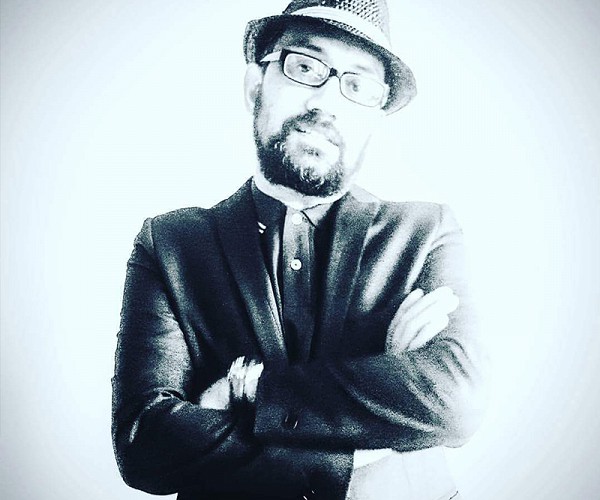 Coaching has grown rapidly since its emergence as a personal development tool out of the Human Potential Movement of the 60s possibly due its association with positivity, maximising oneself, and achieving personal success as more westerners focused on self-help. Coaching appears also to have therapeutic outcomes when applied with underpinning psychological principles, though therapy is not often what the purpose of a coaching relationship is about. There are many elements to the reasons that a helping relationship has successful therapeutic outcomes, one of those potential reasons could be the theoretical approach taken by the helper. As an industry it carries less stigma then counselling and therapy.

Mental health issues seem to be on the increase amongst young people, and there could be a number of reasons for this. The author has worked with young people for several years and increasingly more and more young people are posing questions about their role in current society. The traditional pathways to becoming an “adult” have become more blurred, the process is far less linear than it used to be. With the rise of the information age, the possible threat to life due to terrorist activity, extended childhood, uncertainty in the political and economic world, planetary pollution, a shift in the traditional family model, amongst other things, the questions of meaning, purpose, existence are cropping up more often when helping young people. Finding ourselves as humans is not new, it just seems to be happening a little earlier in life. It could be possible that the rise in anxiety and depression amongst young people has links to increasing concerns rooted in existentialist ideas. The discussion presented makes a brief case for using existential coaching to support young people to avoid mental health issues

The word coach originated in Hungary in the 15th century to describe a form of transport that moved a person/item from their present to their destination. The word was later used as slang to describe an instructor/trainer by Oxford University and grew to be most recognised in its usage in sport. From the 1980s onwards there has been a growing practice of personal coaching (Griffiths, 2005), outside of its most recognised home of sports. This has mainly been in the business domain. A quick search of the effectiveness of coaching on Google Scholar or the internet, outside of sport, results in numerous articles focused on coaching in workplace environments. Their appears to be consensus that coaching as an approach to supporting individuals enhances the life of professionals within business organisations (Fillery-Travis & Lane, 2014). However personal coaching has increasingly entered the health, education and wellbeing domains (Palmer, Tubbs, & Whybrow, 2003; Van Nieuwerburgh, 2018; Wolever et al., 2013), and there has been a momentum created to differentiate coaching from coaching psychology (Palmer & Whybrow, 2006, 2014). Grant explains that “Coaching psychology can be understood as being the systematic application of behavioural science to the enhancement of life experience, work performance, and well-being for individuals, groups, and organisations who do not have clinically significant mental health issues or abnormal levels of distress”(Grant, 2006). Another definition that is offered is “Coaching psychology is the scientific study of behaviour, cognitive and emotion within coaching practice to deepen our understanding and enhance our practice within coaching.” (Passmore, 2010). These definitions possibly increase the probability of more domains within which coaching as a practice rooted in psychological theory blurs the lines between counselling and therapy due to the similarities of these helping relationships. These blurred lines between coaching and therapy are not new (Filippi, 1967), and the debate has been ongoing (Bluckert, 2005; Hart, Blattner, & Leipsic, 2001; Maxwell, 2009; Price, 2009; Spinelli, 2008). The roots of contemporary coaching practice were influenced by the human potential movement, which itself was influenced by humanistic-existentialistic psychologies (Grant, 2014). Existentialism has been established as one of the psychological approaches to coaching (Palmer & Whybrow, 2014; Van Deurzen & Hanaway, 2012), and existential coaching is being practised in the business domain, and has the potential to have impact in the educational domain and in youthwork.

Traditionally coaching has been a short-term goal and performance focused practice, but with various psychological approaches becoming more prevalent in the delivery of coaching, it is has the potential to have a more holistic outcomes on the client, thus moving away from its performance roots into creating more psychologically “whole” clients. Spinelli suggests that coaching could be the primary instrument in delivering therapeutic outcomes (Spinelli, 2008).

It doesn’t take long to find various articles on the current poor state of mental health support available to young people. In an article in the Guardian, Jan 2017, the writer implies that mental health problems start in childhood, and the support for young people is lacking. The need for better services globally to support young people has been identified (Patel, Flisher, Hetrick, & McGorry, 2007), but there are barriers to young people seeking help (Gulliver, Griffiths, & Christensen, 2010),including reluctance to access services. There are several factors that drive this reluctance, one of which is a sense of stigma felt by young people referred to a counsellor or therapist. Executive coaching has increasingly developed an anecdotal reputation as therapy through the back door. In a survey carried out in 2009 published in the Harvard Business Review, respondents stated that the nature of coaching relationships with executives shifted in actual practice from “business bias” to ““bigger issues” such as life purpose…” (Coutu & Kauffman, 2009). Coaching as a primary instrument to support young people to become more mentally resilient could remove the stigma associated with getting a counsellor or therapist, and an existential approach could help them manage life anxiety.

The term young people in this piece includes adolescents (12-17) and young adults (18-24). Young people as well as adults are asking questions about the bigger issues of life and trying to negotiate their way through them at a time of significant change. A 2006 study using as its base existential domains proposed by the German-American Christian theologian and existentialist Paul Tillich (Tillich, 1952) found that existential concerns were common in adolescents and these concerns had psychological symptoms such as depression and anxiety (Berman, Weems, & Stickle, 2006). Mainly relative not absolute anxieties around death, meaninglessness, emptiness, the moral and ethical view of self, existed amongst the 140 Euro-American adolescents from whom data was collected, backing the theoretical perspective proposed by the existential writers that existential concerns are core human issues. Existential therapy has traditionally been used with adult populations, there is very little about existential approaches with youth populations, which is a surprise; theoretically if existentialism is a core human issue, then it is logical that an existentialist approach to one-to-one or group support amongst young people will hold value, particularly if those concerns are leading to mental health and wellbeing issues, which almost fits into R.D. Laing’s anti-psychiatry view that mental issues are a result of existential concerns.(Ronald D Laing, 1961; Ronald David Laing, 1965)

The (Berman et al., 2006) study used an Existential Anxiety Questionnaire (EAQ) focused on the three domains proposed by Tillich in his book The Courage to Be. These are i) fate & death ii) emptiness and meaninglessness iii) guilt and condemnation, – the inclusion of guilt and condemnation hints at Tillich’s Lutheran Christianity having an influence on his theoretical approach. Young people are surrounded by a variety of influences, and it could be argued that religion and spirituality in its broadest sense is part of the life issues that they have to negotiate, along with their place amongst peers, near-peers, and adults, all this leading to a minefield of choices to be made about identity, place, work, education and belonging during an intense physical and cognitive developmental stage. A systematic review focusing on adolescent religiosity/spirituality and mental health found links between mental health issues and negative exposure to religion and spirituality,(Wong, Rew, & Slaikeu, 2006). Therefore it could be argued that approaching young people existentially should use the four dimensions put forward by Van Deurzen, i) physical, ii) social iii) personal and iv) spiritual (Van Deurzen, 1997) when devising therapy, counselling or coaching interventions, and that producing an Existential Anxiety Questionnaire targeting young people informed by these four dimensions maybe a useful tool in identifying issues that could be supported through the therapeutic coaching relationship. Lowering identified existential anxieties could reduce mental health problems amongst young people.

In social cognitive theory emphasis is placed on human agency, “People are self-organizing, pro-active, self-regulating, and self-reflecting. They are contributors to their life circumstances not just products of them” (Bandura, 2005). The implication is that what is chosen contributes to life circumstances. Sartre would argue that with this choice comes responsibility, whether the choice is to act or not to act, and those choices create the person. Sartre’s view is that a person is not defined by being one thing, and how a person acts means humans create and recreate themselves constantly. This freedom to be, could be a refreshing release for young people in a modern age where they are striving to be the labels that adults, peers and society tries to impose on them, through whatever medium.

Furthermore existentialism thinking around living authentically, and with meaning (Frankl, 1985; Golomb, 2012), allows the person to explore values, purpose, ethics, morality, passions, motivations, emotions that move them towards a more considered life. Coaching at its core believes in human agency, and a self-directed approach to learning, coaching existentially with young people could potentially open up a space that allows people in the depth of flux to be more comfortable with who they are, but at the same time consider living out their youth with meaning and purpose. Coaching could be a less stigmatised way to support youth mental health, and with its emphasis on resourcefulness and expertise of the client, may allow young people to answer the existentialist question of “how should I live?” and in answering it, they still will have a sense of empowerment that comes from making the decision to live that way. Though this question of “how shall I live?” is an ongoing question, having a professional space influenced practically by Carl Rogers person centred positive regard ideas, Kant’s phenomenological approach, and Gestalts sense of presence within which to consider the question, at a younger age may be beneficial, not just to prevent mental health issues around existential concerns but to support sensemaking for all young people.

Coaching with an emphasis on human agency, existentialism and collaborative learning, about self and the situation to be moved forward on, could provide a holistic stigma free intervention to young people and alleviate lower level mental health issues, or at least provide coping mechanisms at a formative stage in life. Young people do have existential concerns, and young people often find themselves with a myriad of choices to be made at such a transformative and transitory stage in life, where labels are important, but so is authenticity and meaning. For future consideration, a study into the impact of coaching existentially within education, and youthwork environments, would help answer some questions around whether an existential approach can have a positive influence on young people’s mental health and in turn their engagement with education and society. Furthermore, it would be worth exploring if coaching can occupy a less stigmatised role in supporting mental health issues amongst young people. Also, there is a case for developing a wider range of adolescent friendly versions of Existential Anxiety/Concerns Questionnaires to help identify the anxieties that could be helped.